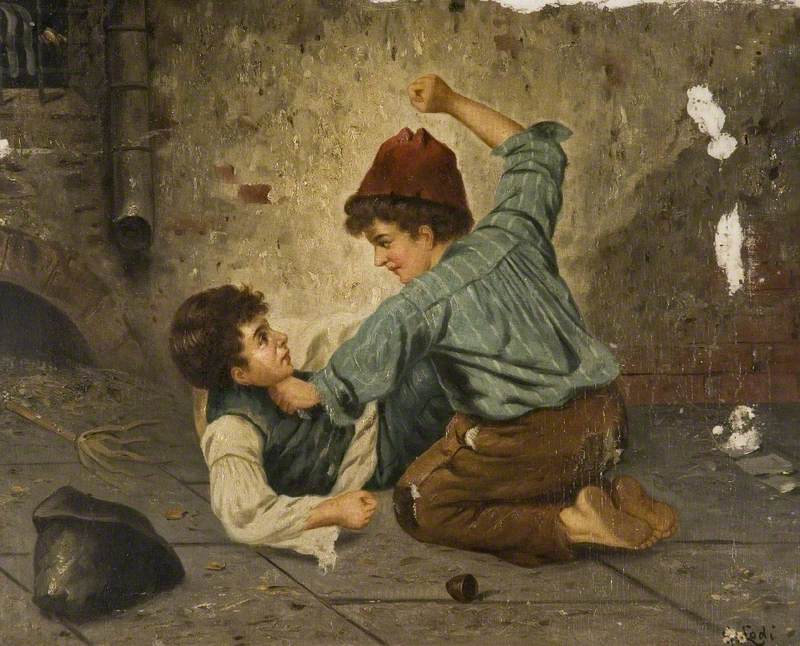 Well, you can, but there are a few problems with this.

Good might sound intuitive, but what does ‘good’ actually mean? Though we all accept some values and prohibitions to be universal (like killing is wrong & telling the truth is a universal value), sometimes we might go against our natural instincts. For example, for the Eskimos, it is acceptable to kill their own children to escape poverty. To put into a more relatable perspective, many ‘feminists’ in the west are calling for their rights for abortion- which is, speaking in crude terms, abortion means ‘kill your own child’.

Ultimately, what might be good for some people might be very bad for someone else. It’s not simply a matter of ‘I feel it is wrong, therefore it is wrong’. That makes morality subjective. And if you think that morality is subjective, then you cannot say that it is wrong for Eskimos to kill their own children.

Another problem with man’s definition of good is its inability to foresee consequences. In other words, what you think might be good for now, might not be good forever.

Take, for example, we used to think our parents are ‘bad’ for not giving us some things we want as a child. My parents strictly restricted me from playing video games. I thought they were evil. But it was for my own good- I made the most out of my childhood, my creativity as a child widened and expanded, and I did well in my studies.

Another example, the capitalist idea of economics. Early capitalists, like Adam Smith, totally disregard the non-materialistic world. The only good, according to them, is to satisfy your own needs and wants. This will, in turn, make you a businessman, and if your business grows, other people can have jobs, and more businesses and opportunities can grow as well. Sounds pretty good. But this theory has proven to have serious defects because of denying the non-materialistic dimension of man. Not only the government had to interfere with the markets and businesses in many ways (the original idea of capitalism is that it shouldn’t have any government intervention), but also, it was only in the 1970s the US introduced what is known as ‘business ethics’.

In Islam, the highest justice is to worship God alone without partners. This is the right of God. He is worthy of worship by virtue of who He is. We might not see why this is ‘good’ but it will make all the sense when we understand. Therefore, in Islam, it is inaccurate to say someone is good when he does not believe in God. However, in the socially practical sense, yes.

3) Ultimately, there is no reason (and motivation) to do ‘good’.

In the cold, hard, materialistic sense, there is no difference between throwing a baby down a cliff and throwing a statue down a cliff. Both of them- the baby and the statue are nothing but just different arrangements of atoms and molecules.

Of course, one might say that doing good will make you happy. I agree. But what if you don’t feel happy doing good anymore? Consider someone whose past was a nightmare- abused by parents, discriminated by society, fell into the world of crime. What would ever motivate the man to do good, when all he sees is evil in his life? His moral conscience has been badly damaged to the point that he thinks killing another person would not make a difference to the other 10 or 20 people he killed earlier.

Or what about when your desires are blinded by your conscience? What stops a pervert from raping a woman if he knows he will not be caught? What stops a man from cheating his wife?

Ultimately, without God, you’re only doing good when you feel like doing good. But what can motivate you otherwise, when you can just laze on your couch while knowing that on the other parts of the world, famine, genocide, disasters are happening? Why should you care about justice if you are rich and you can eat and sleep all day?

But this is also not to say that with God, morality is simply about compliance, which is we do something just because to escape hell, or to get paradise. In Kohlberg’s theory of moral development, the early stage of moral development is compliance/obedience, where one does good because he or she is forced to. The last stage is ‘internalization’, where one does good because the good is good itself, not merely forced to. Similar is the Islamic teaching. Although at first one’s motivation to do good is to escape hell, the ultimate goal is to teach humans to unlock their fitrah (natural disposition), hence nearing towards God.

Morality, ie what is good and bad, is not as simple as ABC. Morality has to be grounded in truth, objective. Truth only comes from Reality. And God is Reality. Human’s own judgment of good may be limited by their limited foresight. Also, although it is possible that can be moral without God, there is no reason for him to be so.

Morality has its standard. What is good or bad is measured by this standard. In Islam, the standard is the Quran. ” So judge between them by what Allah has revealed (Quran) and do not follow their inclinations away from what has come to you of the truth.”(Quran 5:48).