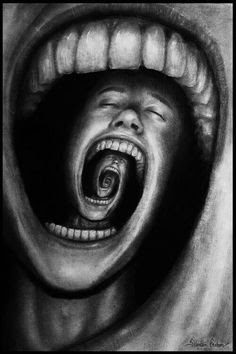 The Truth the Atheist Awaits.

God described himself in surah al-alaq as the Most Noble in the third verse after telling the reader to ‘Read!’. The fact that God has sent down revelation as guidance for humans is itself an underrated blessing. Believers owe their gratitude to the generosity of God for giving us the chance to know Him, our origins, our purpose of life. As God said in the Quran: “O mankind, there has to come to your instruction from your Lord and healing for what is in the breasts and guidance and mercy for the believers.” This is undeniably true. Without the guidance and help of God, how could we ever expect to heal ourselves? How could we ever expect to live a meaningful life? How could we expect to get rid, not to mention identify, the disease in our hearts? How could we ever expect mercy from the universe?

However, those who do not believe (atheist), some of them think that they don’t need revelation from God to figure out about their lives. They know that without God, their life would be meaningless. But to escape from this, they say that “while we don’t have all the answers, no one really does. And we’re excited of the idea that we can discover them.” (Dm me to know who said it). This might seem like promising words at first, because it seems like we can, as the human community, find out about the truth, we together (although history has shown humans never unite) can unite and discover the world. But what is there to discover, when life has no meaning in the first place?

Let’s say one day, through science and technology, humans finally found out the origins of life. And they found out that the universe has no creator. The universe was created from nothing (i know this is impossible but just hypothesizing). The truth the scientific atheist wanted to find out has finally been discovered. So then what? What’s the meaning? It only shows that humans are just an accident and there’s no value in us. That means there’s no reason to do good in this world, no reason to strive for excellence, inevitably leading to nihilism.

In another scenario, let’s say science and technology have discovered that the universe was created by a being- but not the High Being that we conventionally recognize as God but a being who created us but simply does not interact with us. He is weak and has no power over us. He just created us either for fun or no purpose, but he left us. That would still leave humans’ life meaningless. Such a being is the cruelest anything can ever be. This is also connected with the next scenario.

Another scenario, is where a god created us, but does not reveal himself to us, but wants humans to discover him through human scientific and technological advancement. Finally, one day man has reached this goal, and god revealed himself. There are many problems with this god. First, only the last generation of humans was able to experience god. But even if the previous humans were resurrected, it still means that their lives were devoid of guidance from god, they were lost. God had to put all the humans to a seemingly unending series of hardship, wars, pain, poverty, and misery- and all of that in despair of a higher meaning- because god never revealed himself! Humans needed god when they were alive, not when they’re dead. Humans needed god not when they are resurrected but when they were alive before that! Why did god have to lie to us about other revealed religions? Why humans had to go a very painful world full of despair without guidance? Such a god has no good for us.

The last scenario is that they found out that the One and Only Glorious God (Allah) is the One that created the universe. They will only find out in the hereafter. By that time, they’re screwed.

To wrap up, disbelievers cannot escape the dark path of the meaninglessness of life (nihilism). They’re trapped regardless of which direction they go. Inside their hearts are diseases which they do not know even exists- and they can’t heal it even if they recognize it. Islam, on the other hand, teaches us that we have revelation from God, we have guidance that cures us and lights our path up.