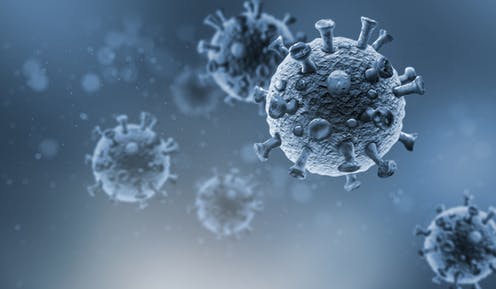 The Covid Fiasco: The Largest Scandal in Human History?

Those who listen to the word, then follow the best of it; those are they whom God has guided, and those it is who are the men of understanding.
– Quran 39:18

Writing this piece, I might be sounding like a conspiracy theorist. But the fact of the matter is that anyone who posits a view alternate to the general narrative is branded as a ‘conspiracy theorist’. This is not science, this is unwarranted censorship. In fact, many scientists and experts have been silenced without due process.

It took me around 9 months to understand what was happening since the outbreak of the SARS-CoV-2 was declared a pandemic- which was then followed by the unprecedented lockdowns which took place globally. Now I finally understood- it’s a big fat scam. The guidelines introduced by WHO was not meant to protect the people. And just to make it clear, my point of view is supported by doctors and scientists too, as I will share below.

Now before you’re calling me a #covidiot, I do not deny the virus exists. Of course it does, but the fact of the matter is that the outbreak of the Wuhan virus has been weaponized by the WHO and governments to instill fear into the gullible public.

I can’t explain as good as how doctors and experts are speaking against the lockdowns. I’ll be posting the important links at the bottom of this article for you to listen and do your own research. I’ll just be writing a few things below so that you would have some preliminary understanding before listening.

I guess this is what strikes me the most. You see, what the PCR test does is that it tries to detect a specific gene sequencing. However, the PCR test can also picks up the dead or inactive viruses in the body and will say that you’re positive of the Covid-19. It is then counted as a case.

It is problematic because even those who are not sick (asymptomatic) are counted as a positive case. Asymptomatic cases account for 80% of the total cases. So as you can see the case numbers do not paint the picture well at all.

Some argue that this is for preventing the asymptomatic cases to be transmitting the virus to those who are vulnerable. However, asymptomatic transmissions of SARS-CoV-2 is rare.

Here are two videos which I recommend as a start:

BREAKING NEWS: Looks like WHO themselves had admitted their guidelines were inaccurate and introduced new ones.

The thing is why is it announced only immediately after Joe Biden’s inauguration as the 46th President of the USA? Wait a minute… OHHHH.

Even the worst virus outbreak of all times, the Spanish flu pandemic, did not cause governments to order lockdowns. There has never been in the scientific literature anything about lockdowns- not even the idea of it- up to March 2020. The only thing the WHO depend upon to justify lockdowns is the totalitarian measures taken by China by instituting lockdowns. Again, this is absurd! How can this come from the highest health body in the world?

The field of science and medicine is like a tradition, it stretches way back and is constantly updating. But to declare something as pro-science it needs to be supported by the scientific method. The scientific method involves careful observation, applying rigorous skepticism about what is observed, given that cognitive assumptions can distort how one interprets the observation. This also means many different experiments have to be done, articles peer-reviewed, and having a bulk of scientific literature to support a particular action. Simply one case of China does not meet the standards of the scientific method (not to mention that China is a communist country, which means they control any information publicized).

How in the world can lockdown, being without any scientific backing, is suddenly recommended by the WHO which is then followed by (almost) all the countries in the world?

If you want to know more about the baselessness of lockdowns and how China and WHO have their bromance, watch:

Covid-19 is not THAT dangerous

There is 99.996% chance of survival from the Covid-19 for ages below 70. For above that age, the chance is 95%. Think for yourself, for a virus with a very high survival rate, is it rational to impose lockdowns which rapes the people’s livelihoods? Is it rational to cause a nationwide mental health crisis?

To put into perspective how dangerous is Covid-19, I suggest you to watch this video by Dr. Moran, where he comapares the odds of dying from Covid-19 vs other coronaviruses.

At this point, my doubts are greater than my confidence in the experimental vaccines.

I’m not an anti-vaxxer, I’m just anti rushed vaccines and mass testing them nationwide onto humans. Vaccines usually take four to five years to develop but the coronavirus vaccines only took 9 months. I have no problem if you want to take the vaccine but don’t you think it is quite extreme for anyone to force someone to take the vaccine or to stigmatize someone for not taking the vaccine?

What I’m more annoyed at is the Malaysian government which keeps repeating that the Covid-19 vaccine is safe and effective ad nauseam- even before they themselves have examined the vaccine! What kind of an irresponisble thing to do as minister?

Here are a few things you should know. Read this piece by Dr Vernon Coleman.

If you think Dr Vernon Coleman is a quack and cannot be trusted, then listen to Dr Simone Gold, who is the head of the American Frontline Doctors :

If you think she is also a quack, then why not listen to molecular biologist and immunology expert Dr Dolores Cahill:

I could be wrong, but this is not about being right or wrong, it is about trying to know the truth. If the mainstream media and governments are all so correct, then why do they silence and censor the experts and doctors that are speaking against the lockdowns? Why don’t they sit down and have a healthy open discussion to the public?

Here are groups of doctors and experts speaking against lockdowns:

Here’s a list of some Professionals, (Doctors and Scientists) who HAVE QUESTIONED the official narrative.

Their views are being banned, censored, deleted and blocked on social media!

I have warned you, the next action is up to you. As George Orwell said:

Don’t let it happen, it depends on you.