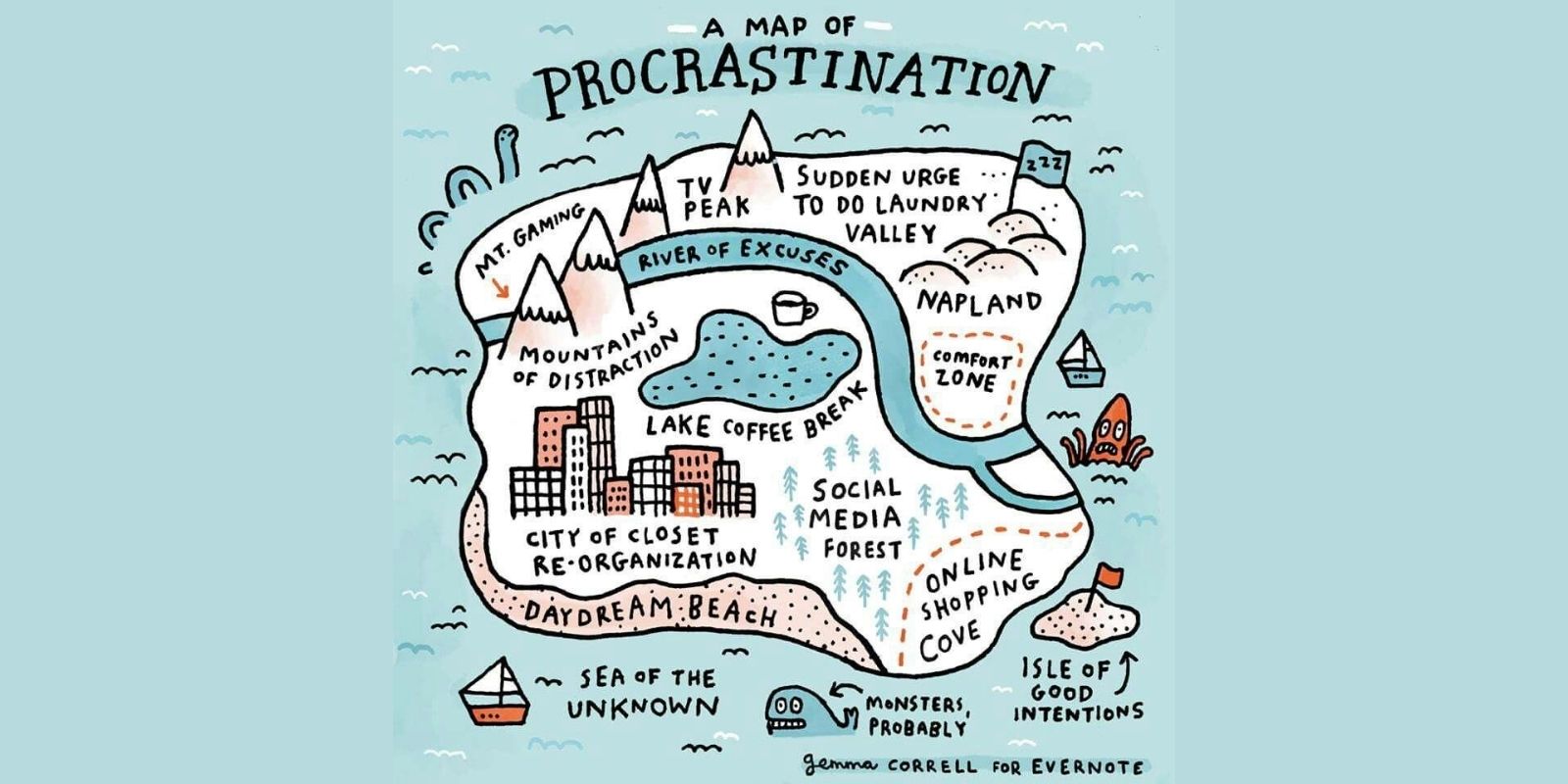 Avoid the slippery slope of procrastination

You first intended to delay for 5 minutes, then you think “what’s the problem, with delaying another 5 minutes?”, then you realized you have wasted 10 minutes. So you thought, “I might as well make it 30 minutes so that I won’t delay anymore after that.” But then you exceeded your delay for two extra minutes. So you decided to delay it for a total of an hour. But after an hour, you feel the guilt kicking in, so you just decide to sleep it in and start fresh the next day. The cycle continues. This is the slippery slope of procrastination.

Let’s understand how procrastination works: you think you’re going to delay doing something for just a short time but then you end up not doing what you’re supposed to do. It is what I call the slippery slope of procrastination.

‘Slippery slope’ refers to the small actions that go down the ‘slope’ which in the end becomes something big. Usually, it refers to something that is ugly, bad.

The only way to stop falling down the slippery slope is to stop at the beginning.

Actually there’s a more intelligent way- create a slippery slope to your advantage. Let me share a few tips to make this happen.

#1 Pretend to get up

Remember how the slippery slope of procrastination happens in the beginning? It will try to make you do small and ‘light’ things that are not seem dangerous at all to your schedule. But that ‘small’ action is what leads to your biggest failure.

Use the same trick. If you are sitting, get up. If you’re sleeping, sit, then get up. If you have to go to the toilet, use that urge to get up from what you’re doing. Don’t think that you are getting up to do some work, you will go back to your original position. Think that you are going to get up, then you are going to lie down again. Chances are, you’re not going to lie down again. Once, you get up, you feel the excitement of doing, which will lead to the slippery slope of productivity.

I used to plan my day very intricately where every hour must be filled with something productive. Each hour is a single slot (for example, 1 PM is a slot, and 2 PM is another slot), and each slot needs to be filled with ‘doing work’ for at least 50 minutes. This, of course, produces a very heavy feeling of having to do work all the time and it will definitely make you tired in the long run.

Instead, when I lower my expectations from 50 minutes to only 20 minutes for a single slot, I find it much, much, easier to get up and start doing what I needed to do. In fact, most of the time I would exceed the 20 minutes- and if you calculate you’re actually doing more because you procrastinate less.

There is a rabbit hole that go so deep that it would be hard to get out of it: Social media. Limit social media only to the night time (if you’re doing your work in the day, otherwise, vice versa) and reserve your daytime for doing productive work.

Nothing is better than a head start. Wake up early.

Although, I’m sure most of procrastinators procrastinate because they wake up late and that demotivated them throughout the day.

But still, waking up early is important. Not only it gives you more time, but more importantly, the barakah/blessing in the mornings. Or should I say the spiritual advantage you get by waking up early.

But let me tell you something, I don’t think anyone can avoid being a procrastinator, there are only ways to reduce it. As I said, lower your expectations- don’t aim to remove procrastination from your life, but aim to reduce it.

Remember, the trick is to make yourself fall down the slippery slope of productivity.