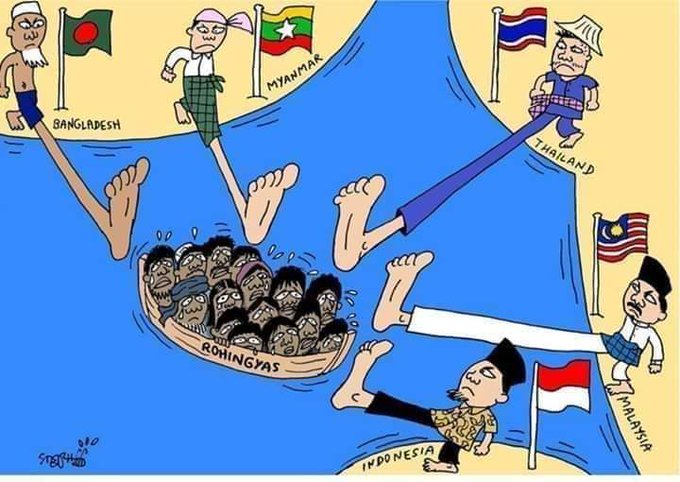 Rohingyas: Another example of how self-interests can blind our human values

Few years ago, when the world is shocked by the persecution of Rohingyas in the Rakhine region in Myanmar, Malay Muslims in Malaysia are supporting to take the refugee Rohingyas because they are Muslims and they need help. Many sympathise with the ill-fated victims.

But today, many Malaysians are protesting against accepting Rohingyas as refugees because it would harm the jobs and the society. Racist statements are trending on Twitter as an attack against the Rohingyas.

Ironic, where have the values of humanity of the Malaysians gone? Especially those who are ‘Malay-Muslims’? The Rohingyas didn’t choose to be persecuted, nor did they have any other choice but to seek refuge. Either they are killed or tortured by the military junta, or they die in the open sea while fleeing from their homeland.

This is another example of how morals can be blinded by self-interests. In other words, humans only help others when it is convenient. This is what happens when they do not hold fast to the book of God, they say it is justified to leave the Rohingyas to die in the open sea.

If anyone thinks that this verse doesn’t apply to today’s world, he has a problem with accepting the Quran as a divine book of law. Those who say that ‘we have no other choice’ are simply making up excuses when there are many solutions that can be brought up. Those people who say it is justified to leave these poor victims stranded in the open oceans have DISEASES in their hearts. God does not guide the oppressors.