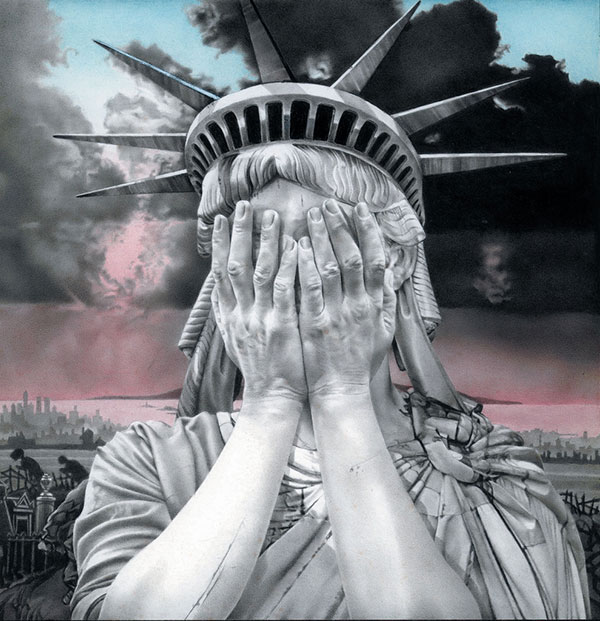 I just finished watching a movie about Preston Tucker, American automobile businessman, whose ideas about cars inspired many, back after the second world war. If there is one thing that can define America is the freedom and liberty it fights for – or at least what it used to.

By freedom, what comes with it is the economic idea of capitalism and the political idea of democracy. Although these are two separate words, they are essentially the same- focusing on the individual freedom unrestricted by the state, which was initially and offshoot of the idea of separation of state and church.

However, capitalism has not proven to be the best economic system albeit have being beaten it ol’ nemesis called socialism. This is especially evident in the 2008 economic financial crisis.

But what about today, especially with the outbreak of the deadly Covid-19?

John Smith in his article “Why coronavirus could spark a capitalist supernova” said that:

“Capitalism now faces the deepest crisis in its several centuries of existence …long-term decline in interest rates … began well before the onset of systemic crisis in 2007. [It] fell off a cliff just as coronavirus began its rampage in early January 2020. Falling interest rates are fundamentally the result of two factors: falling rates of profit, and the hypertrophy of capital, i.e. its tendency to grow faster than the capacity of workers and farmers to supply it with the fresh blood it needs to live .

“Since 2008, productivity has stagnated across the world and GDP growth has been lower than in any decade since World War II, while aggregate debt (the total debt of governments, corporations and households), already mountainous before the 2008 financial crash, has since then more than doubled in size … Capitalism cannot escape from this crisis, no matter how many trillions of dollars governments borrow or central banks print … “

But perhaps, the most fascinating thing could be the paradigm shift the world would endure after the coronavirus scene has ended, just like how the West witnessed the change from feudalism to capitalism in the past. Maybe the world would see a more favorable outlook on the authoritarian regime, since China’s ‘authoritarian’ regime managed to stop the coronavirus outbreak only in 76 days.

What are your thoughts?