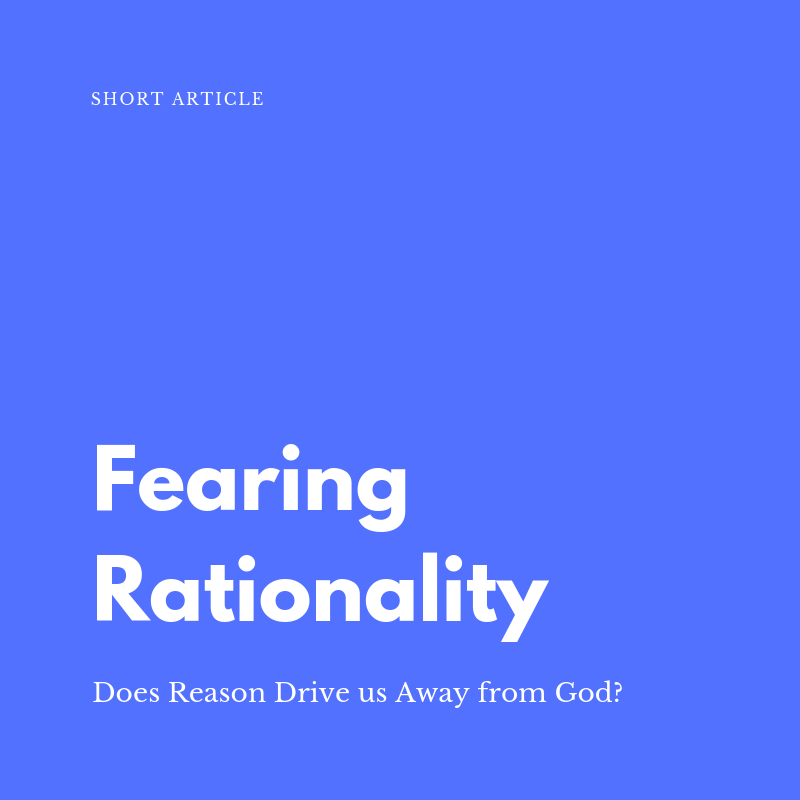 Fearing Rationality- Does Reason Drive us Away from God?

بسم الله الرحمن الحيم
With the ‘ism’ of Allah the Most Compassionate the Most Merciful.

Why some Muslims fear and oppose rationality heavily? They claim that Islam isn’t compatible with rationality, because the mind of a human is limited. They further claim that the only way to be ‘safe’ is only by following their religious scholars, not by rationality.

Don’t they read the Qur’an? Don’t they know that Allah told that His signs are for those who give thought, those of knowledge, people who listen, and for people who use reason (Qur’an, 30:21-24)?

If God doesn’t want us to use our brain, then why God created brain for us? I’m not telling that the human mind is not limited, it is, but that doesn’t mean we shouldn’t use our brain.

In fact, only with thinking and rationality can one be a Muslim and Mu’min in the truest sense. That’s why a famous 20th-century Islamic scholar said:

Indeed, rationality makes us understand Islam easier, not drives us away. Muhammad Asad was a Jew born in Austria. After his travels to the Middle East and studied about Islam, he converted to Islam and became one of the greatest and respected Islamic scholar in the world.

Read also:
Taking Religious Scholars and Monks as Lords Besides Allah: Learn from the Mistakes of Christians and Jews
Follow ulama or follow the Quran? – Drawing the line

Muslim shouldn’t fear to use rational thought. They should liberate themselves from this prison of mind. If they are really sincere in their quest for truth, then they will be surprised to see how different things will turn out to be from what they feared.

If all these while you’ve not been clear why you accepted Islam, worry not. I recommend you to look at my e-Book “How to find your ‘why’ in Islam” which can help inspire you to find your reasons. You can get it by subscribing to our newsletter, using the form below. Please note though, that guidance comes from Allah, and the best guidance is the His Book (Qur’an).