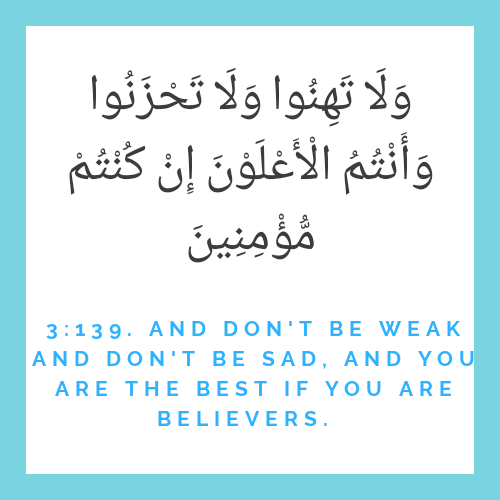 Allah Loves You, More than You Think

In the name of Allah, the Most Compassionate Most Merciful

But Allah is not like that. Allah really is The Most Compassionate, Most Merciful. He doesn’t create us just for nothing, he created us with purpose and wisdom (45:22). He doesn’t leave us alone, He sent his messengers to us to guide us in our lives (48:28). He doesn’t ask us to believe him without any proof, in fact, he ordered us to seek for His signs (16:12). Allah doesn’t give us pain without remedy, He promises there is ease after pain (94:5-6). It is wrong that Allah does not talk to us, He did sent down the Quran to communicate with us (2:185).Allah has never been trying to separate from us, He has sent his messengers to every nation throughout history (10:47), He has never left us alone. It is only us who leaves his guidance, the Quran.

Yes, sometimes we feel lonely, and we despair, frustrated, and trust me I have felt it too, to the point that I felt that Allah has never been fair to me. To the point I felt like taking my own life.

But the truth is Allah is always watching you and guiding you the whole way, even if you don’t realise.

If Allah loves me, why he keeps testing me?

Have you ever struggle for something so hard in your life, that when you finally got it, it created the best feeling ever? Like, walking out of the exam hall after years of studying in school, or winning a competition after months of practice, or- a simpler example- getting to sleep after a long day of work.

If you can get everything just very easily, does it feel the same as achieving something with so much effort?

If Allah just create all humans to be in paradise, then there’s no point to create humans, because Allah had created angels that obey every of His commands. But angels can never feel the happiness that we can feel, because they can’t go through the process of hardship that we go through.

Being a human, tested with difficulties, is a privilege rather than a kind of torture. Allah has given us the chance to feel what other creatures cannot feel- the feeling of victory.

Dear readers, don’t give up, don’t feel heartbroken, because Allah is with those who are patient (8:46). Remember that Allah loves who fight on his way (61:4), and He will never dismiss your deeds although as small as an atom (99:7). It’s will not be easy- that’s just the natural law of humans- to feel good, one must first go through hardship (94:65).

Sometimes we feel like we can’t go on anymore in our lives, but always remember that Allah will never give a burden that His servants cannot bear (2:286). If Allah gives a test to you, it means you can bear it- you can do it, you can carry on. And in the end you will find yourself happier than ever, trust Him. The time will come if you trust Him.

Sometimes we see others with more happiness, while we, nothing to be happy of. Remember that, because Allah loves us, he give us tests. If Allah doesn’t want to give any test to someone, then Allah wants him to be drowned in his happiness and more astray from the truth. Allah gives tests to us so that we constantly remember Allah and always return to Him.

Remember that we are the best ummah. The best, (3:110). Remember that we have purpose in our life, unlike the others who only make money, fame and dunya their purpose. We don’t need what they have, because what only matters to us is the happiness in ourselves- which I am very sure, if we keep on being patient and put trust in the Almighty, we will achieve pure happiness.

We have the best thing that Allah can ever give- we have Islam that never fails to enrich our souls and to give true meaning to it. Although one can find a purpose in life without the need of a god, that purpose will never be able to actually satisfy him.

Remember Allah and put your trust in Allah, indeed He loves those who are patient, purify themselves, those who put trust in Him, who do good deeds, and who do justice.